The Baku Convention Center, the largest in the Caucasus, is an ultra-modern platform capable of providing events at the highest international level. With a number of adaptable conference rooms and a main hall for up to 3,500 people, the Baku Convention Center offers a wide range of options for congresses, conferences, seminars, business meetings, concerts and other events, such as:

The building of 46,000 sq. m. is equipped with all the necessary infrastructure. Its outstanding feature is a large multi-pixel monitor placed in the building’s foyer. The Baku Convention Center has 17 conference rooms with a total capacity of up to 2500 people. In addition to conference rooms and lecture halls, there are rooms for meetings and workshops. 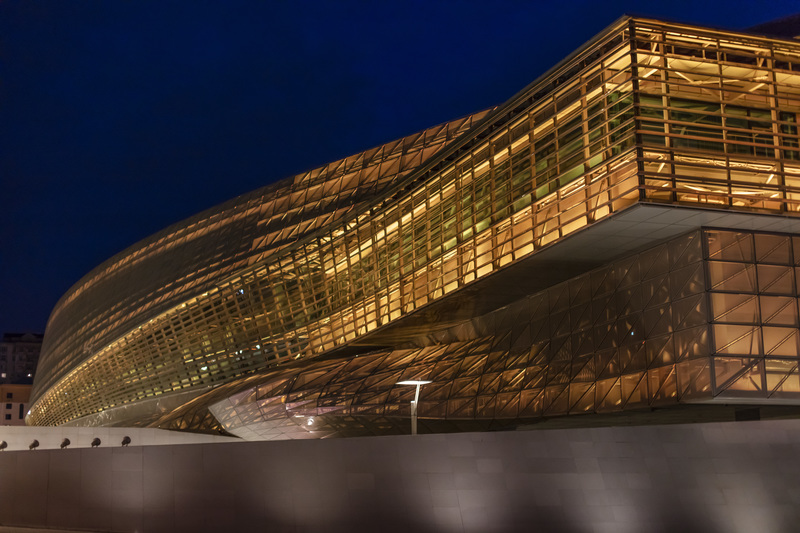 Design concept reflects not only the promising future of Baku, but also its nature as an important commercial port, industrial and tourist city. The project combines the rational structure and the modern typology of the convention center with the modern architecture’s flowing lines. The building design allows to hold events with full occupancy of 4,500 people.

New high-tech building is a project of Coop Himmelblau, the famous Austrian architectural bureau, founded in Vienna in 1968. Buildings designed by the bureau are generally of an extraordinary experimental form that imitate various deconstructivist architecture. The Bureau is a strong supporter of the original three-dimensional structures. Its projects turn roofs into clouds and buildings into crystal sculptures.

The Baku Convention Center’s design is not only symbolic for the general urban concept of the Azerbaijani capital, but also highly ergonomic and state-of-the-art.

The building is designed in a manner that circulation is organized around an auditorium located in the center, and conference rooms and service rooms are located along the corridors. This structure provides our guests with the shortest distance between rooms and saves their time.

The project’s architectural design focuses on technical systems that perform the tasks related to the building operation automatically, easily and, as a result, without visible or sound reactions. The technical infrastructure’s essence is our careful attention to event planners which adhere to high standards not only in their work, but also in terms of low energy consumption and reasonable use of natural resources.

One of the main tasks of the Baku Convention Center's architecture is to minimize energy consumption. The recent fundamental contribution in this area is the provision of ventilation and cooling only where necessary. Therefore, there are underfloor heating and cooling in the foyer, boulevards, and restaurants, and all rooms in the building can be air-conditioned independently of each other. Furthermore, the facade is designed with maximum sun protection: special metal blinds prevent sunrays.

The design approach is aimed to reduce the energy requirements for cooling, heating, and electricity, including building-integrated solar power. 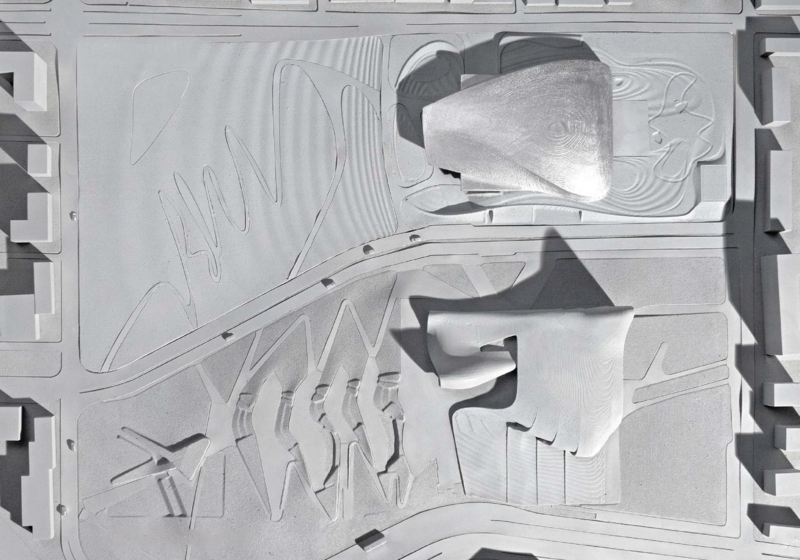 BRIEF HISTORY OF THE PROJECT

The construction started in February 2014. The Baku Convention Center was officially opened on April 29, 2015. The international team worked on the project – 30 companies from around the world have been implemented the Coop Himmelblau project, including:

The Baku Convention Center has incorporated the best things from the legendary world companies to share them with the world. 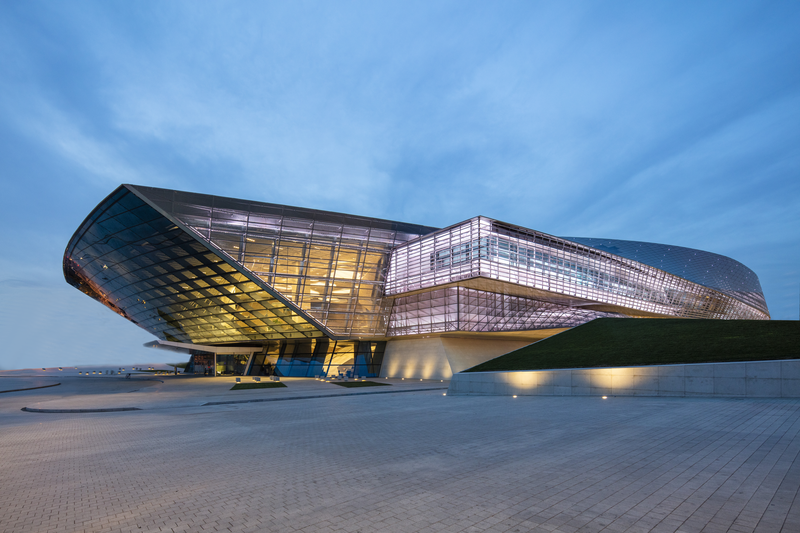