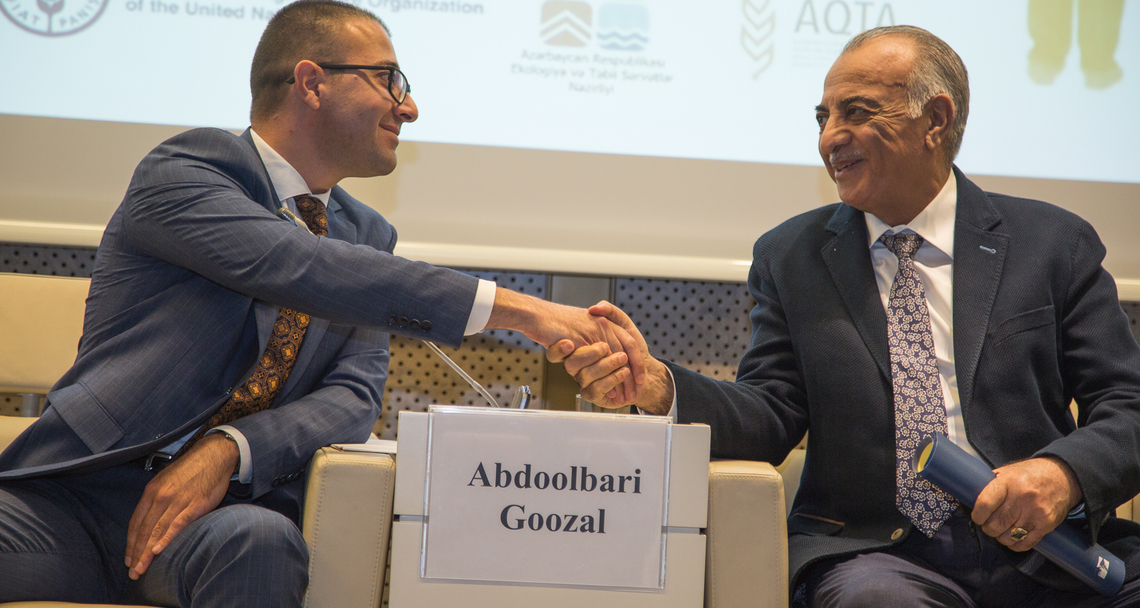 An event dedicated to World Food Day was held at the Baku Convention Center on October 16.

This year's World Food Day is dedicated to  “Our actions are our future; a Zero Hunger World by 2030” is possible.

Initially, event’s guests got acquainted with the exhibition consisting of photos on the topic of #MyActions organized at the Baku Convention Center, as well as booklets and booklets and publishings presented by an organizers. Representatives of Women's Development Groups consisting of women from Masalli, Aghdam, Lankaran, Ismayilli and Balakan regions joined the exhibition  organized within the framework of event with their handiworks. It should be noted that these groups were created within the framework of the Azerbaijan Second Rural Investment Project, co-financed by the Azerbaijan Government and the World Bank, implemented by the Ministry of Agriculture of the Republic of Azerbaijan. The main purpose of creating such groups is to improve the welfare of the population by establishing, developing, managing and expanding businesses in the rurals.

The event started with the demonstration of a  short film about food waste (Sustainable Development Goal No.12 - Providing Continuous Consumption and Production Models) prepared within the framework of joint cooperation of IDEA and FAO.

Then the guests were shown a video message of FAO General Director- Jose Graziano da Silva about the World Food Day.

Inam Karimov- Minister of Agriculture, Mukhtar Babayev- Minister of Ecology and Natural Resources, Melek Cakmak- Head of FAO Partnership and Coordination Office in Azerbaijan and Goshgar Tahmazli -Chairman of the AFSA spoke at the event.

The event continued with panel discussions on "Support for Sustainable Agriculture and Rural Development" and video stories about farmers' success stories in agribusiness.

World Food Day is celebrated in more than 150 countries around the world on 16 October, the day of FAO's founding in 1945. The main purpose of these events dedicated to this day is to raise awareness about hunger and poverty in the world.